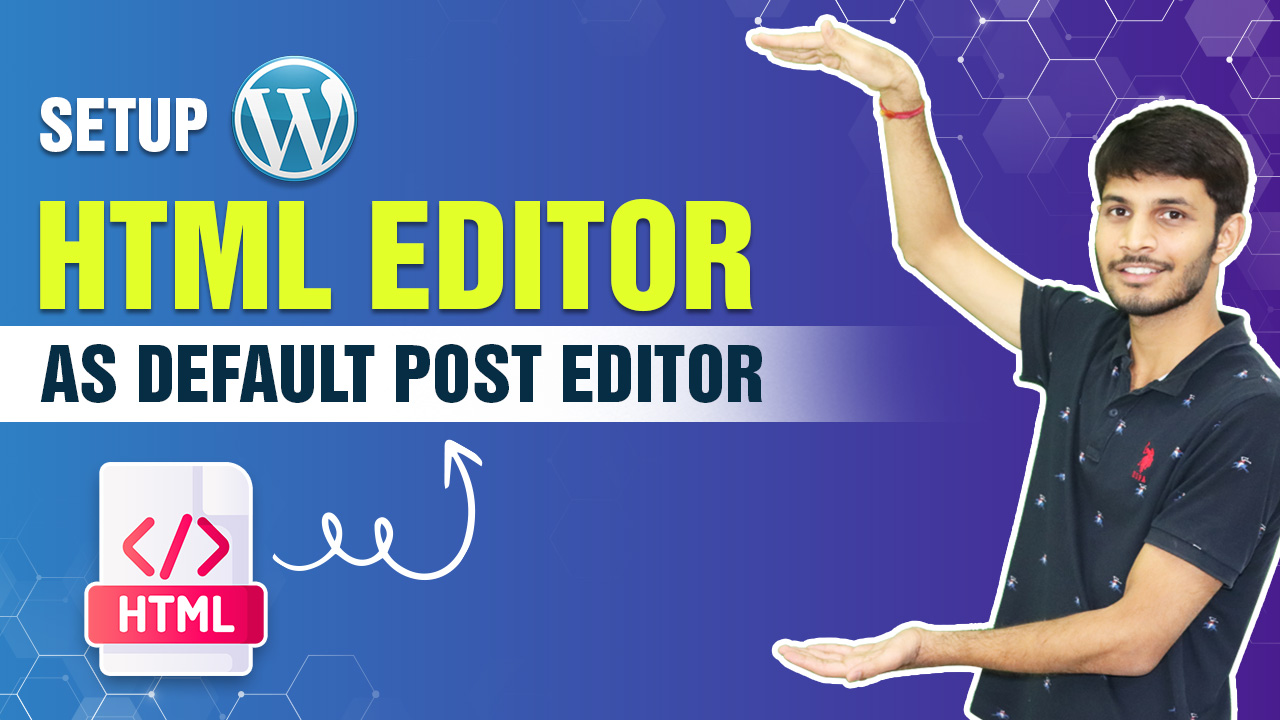 WordPress has the greatest default post editor of any platform, which is why many choose it over other platforms. WordPress is believed to be the most user-friendly platform, requiring no coding skills or prior knowledge to post a blog every day. You can compose your blog without being distracted, and then format it as needed.

If they are not utilizing WordPress, most users begin by composing their content in MS Word or other online or offline editors. The reason for this is that other platforms’ post editors either have too much functionality or do not have the aesthetic to allow you to write joyously.

This guide will teach you how to start with making HTML Editor the default post editor in WordPress. It’s possible that you’ll need to leave it in default mode for a few days or weeks while you troubleshoot all of your prior posts for whatever reason. Following that, you may re-set Visual

But let’s start with the basics.

What is an HTML editor?

HTML has long been the standard code for web design, page layout, and site building on the Internet. As a result, the usage of HTML necessitates the use of numerous HTML editing tools.

In essence, an HTML editor either turns text and layout interface input into genuine HTML code or enables users to understand HTML code for appropriate syntax in layout. The very first type of editor is regarded as a WYSIWYG (what you see is what you get) editor because the visible platform allows the user to code in HTML without taking the time to understand HTML.

The usage of HTML editors emphasises HTML’s syntactical coherence as a coding language. HTML is based on the exact use of opening and closing tags, as well as other sorts of directives for hyperlinks, text formatting, colour schemes, and other things.

As the Internet grows and allows for increasingly complex and sophisticated types of web creation, successive versions of HTML have been complemented by languages such as Cascading Style Sheets (CSS).

How do you make the HTML Editor as default post editor? (With Coding)

If you are intelligent and want to take a shortcut to success, you must create a few lines of code.

You may establish global settings for all users via code.

It is beneficial when you just have a few users and the majority of them agree with your decision to make HTML editor the default post editor in WordPress.

NOTE: Before making any code-related changes, it is suggested to have a backup of your

website JUST IN CASE anything goes wrong, then you can at least restore it afterwards.

Afterwards, go ahead and click on Posts, then click on Add new. Now, you’ll see that the HTML editor has been changed to the default post editor in WordPress.

Now, whenever you will write a new post or update an existing one, the Visual Editor will appear as an option, but the HTML editor will be the default.

We can help you with website fixes and ongoing maintenance.